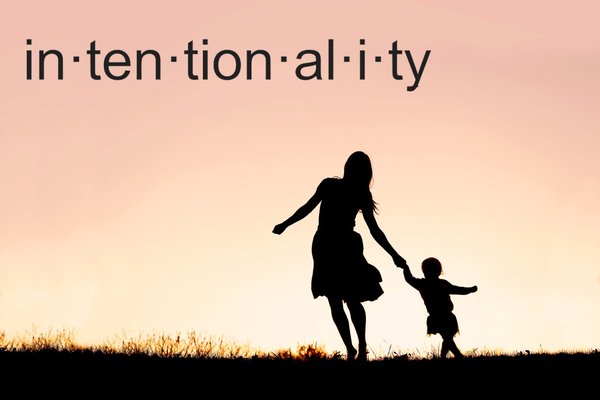 If you look in the dictionary, in·ten·tion·al·i·ty is a noun which means the fact of being deliberate or purposive. For me, I would like to validate that it is not just a noun, but also a verb.

One of the traits of an effective parenting is to be intentional but what is it that you really need to be an intentional parent? What is your purpose? How would you know if you are one?

I am a juggler, not professionally but figuratively. I juggle different roles daily. I am wife, a mom, a daughter, a sister, all in a day. In between those roles are many other different sub-roles such as a friend, a colleague or simply just a citizen with a ton of responsibilities. Let me take you back to the second role which happens to be a shared one of the first… being a wife and a mom.

Every human being is given 24 hours to live a day. Have you ever asked yourself which part of those 24 hours are you most intentional? For me, I would have to say that my clear intentions MUST start the moment I open my eyes in the morning until the time I close it to sleep at night. Oh! not really at “night” kind of night, what I meant was, in the “morning” again because it is usually in between 1 to 2am that I get to close my eyes to sleep. Yes, my day is really long. But I am not complaining, Karen! I love what I do every single day. It may not always show in my voice and in my face, but I do! But, am I always intentional?

Having more time does not really mean that you are intentional. Being intentional may take a whole day, an hour, a minute or even just a sec! We are given the gift of time on a daily basis but are we really using it with purpose?

As a mom, I have my fair share of daily struggles of being an intentional parent. There was a time when my son, a toddler, who cannot speak in words yet, wanted me to get the toy he accidentally dropped on the floor. That time, I was working on my laptop BUT I picked the toy up and handed it over to him. Then he dropped it again so I picked it up again after his signal. It happened four times repeatedly. Then on the fifth time, I said, “Just get another toy from your box, go go!” (I wasn’t shoo-ing him, I just wanted to tell him to go faster). He then went to the socket wanting to touch and play with it. Me and my husband are always paranoid when it comes to electric sockets (who’s not???). We always cover them but we still get fearful of sudden electrocution. My son sees that we don’t like him touching it and when he does, we go to him at double speed, take his hand away and bring him elsewhere. So that time, same drill, I stood up, dashed to him and we both walked away from it. Then I purposely decided to stay with him, we played, giggled and I became more engaging, for about 20 minutes. Then he kissed me and curled like a ball next to me. He gave gratitude to that time I shared with him. That was when I understood his intention of going near the sockets. That is to get my attention or someone else’s attention because that is one object that would make his mom get up, stop working and give time for him. Of course, you may think of other reasons why he does that, maybe just out of curiosity, yes that one too, but for me, that is one teachable moment when I realized something more, something deeper.

We only need a few minutes, or even seconds of QUALITY time, if we can’t give the whole day, to make someone feel extra special. Being an intentional parent is valuing the time and energy you give to your children more than anything else. Being present. It is not always easy to purposively design a quality daily plan because a lot of things may arise in between but the precious time I generously spend with my son, may it be an hour, a minute or a second, always proves that the effort is worth it. Therefore, intentionality is not something you give or you say, it is an action, it is a verb. 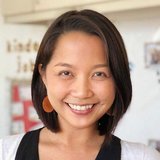 Enrollment is All Year Round!